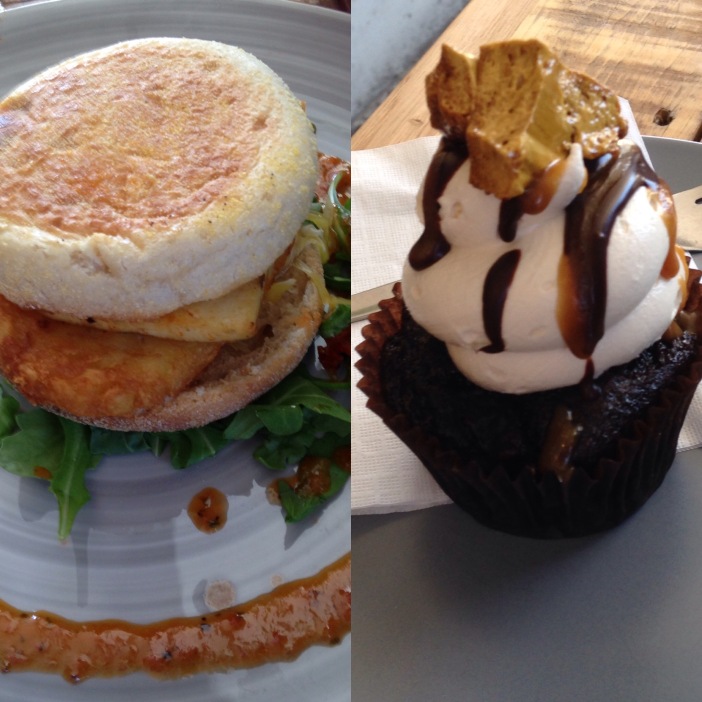 When you are in the first stages of Intuitive Eating, there is what people call a honeymoon period. Because you are giving yourself permission to eat anything you want as much as you want, initially your body reacts with excitement due to the former restrictions and wants to eat ALL THE THINGS!

The funny thing about the honeymoon period is that its length can vary and it can even vary for different foods. In my case, I have definitely experienced varying lengths of honeymoon periods.

There’s a business called Doughnut Time that has a branch not far from my work. They make at least 2 different vegan doughnuts each day and they’re particularly tasty.

When I first started the Intuitive Eating program, I went and bought myself a doughnut a few days in a row. This was part of making sure my brain was truly convinced that I could have one whenever I wanted to. If I felt like one, I had one. Within a few short weeks I have realised that on most days I just don’t feel like a doughnut. The excitement disappears when there are no restrictions. In their book, Evelyn Tribole and Elyse Resch refer to this as habituation. The other night I shared one with my partner as they had a new flavour we hadn’t tried before that looked particularly delicious. I was quite satisfied with half and have no idea when I’ll want another.

On the other hand, I have had a much longer honeymoon period with chick’n burgers.

There’s a great chain of veggie fast food here called Lord of the Fries. They do burgers, hot dogs, fries, etc and are fully vegetarian. Everything on the menu can be veganised, all their sauces (including their delicious Belgian mayo!) are vegan and they have vegan cheese as an option. There are 4 of their stores within an easy walk of my office and I’m a fan of their chick’n burger.

When I started Intuitive Eating, I consciously gave myself permission to go to Lord of the Fries for lunch whenever I felt like it. What I didn’t realise for a while though is that I had only given myself pseudo-permission or partial permission. While I thought I was being free with my permission I found that after I had already been twice in one week, I was thinking that I should get something ‘healthier’ as that was enough for one week. These thoughts undermined the permission I thought I’d given myself and I was still feeling restricted even though I’d consciously said okay.

Once I realised this is what I had done, I had to be very clear to give myself unconditional permission and go every day for a chick’n burger if that’s what I felt like that day. I ended up having one every day for a week. The restrictive thoughts kept wanting to come back but I accepted them for what they are; a relic of past dieting and cultural messages and noticed them and then let them go. I’m confident I have now finally managed to convince myself that I truly can get a chick’n burger any time I want and I’m starting to notice that I genuinely am wanting them less.

I’m not sure the chick’n burger honeymoon period is quite over yet, and I may still go through a few more honeymoon periods with other foods I haven’t hit yet, but for now I’m feeling pretty chill with where I’m at.

The key is though, you must give yourself full unconditional permission or it just doesn’t work.

3 thoughts on “The honeymoon period”

This is a text widget, which allows you to add text or HTML to your sidebar. You can use them to display text, links, images, HTML, or a combination of these. Edit them in the Widget section of the Customizer.